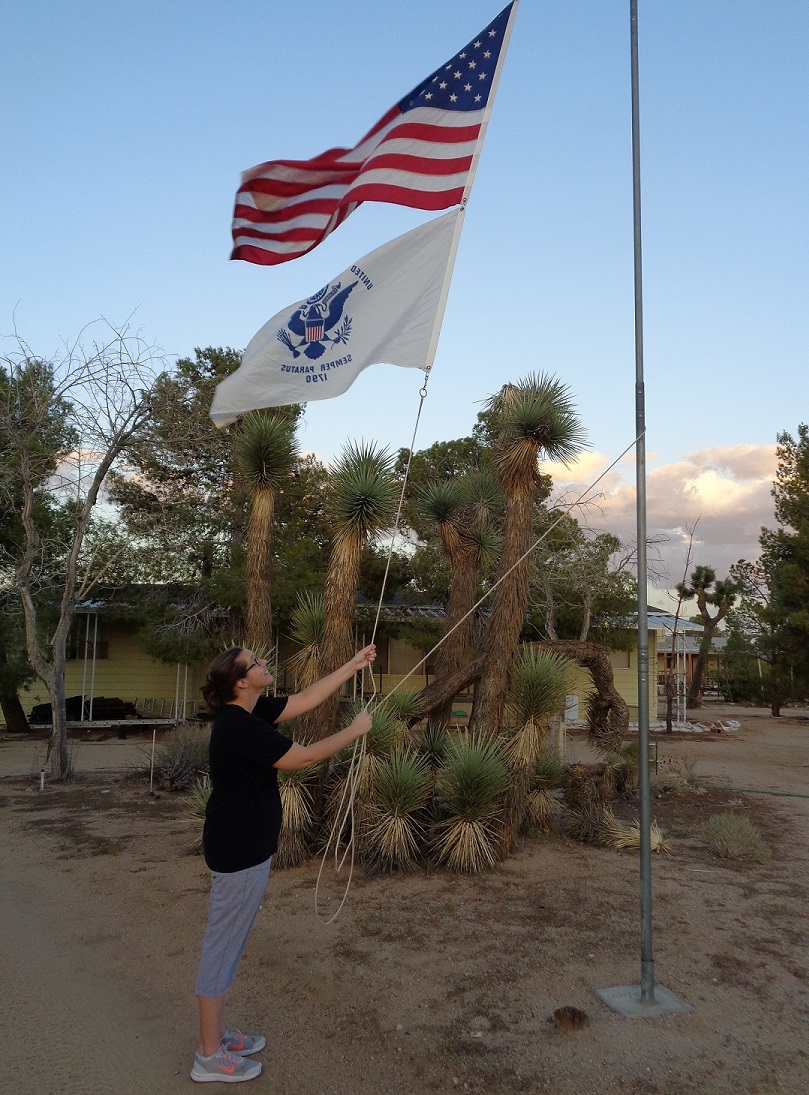 I thought Memorial  Day Weekend would be a good time to revisit this post from early January. I didn’t intend to take this week off from blogging, but I have been sick. Still, I worked 36 hours of the work week. The same responsibilities that kept me from calling out sick, also made it a stressful week. I was in pure survival mode. I didn’t even engage in my usual musings, let alone put pen to paper. So, for Memorial Day, I’ll re-share my thoughts about heroism and ‘taking up your cross.’ Semper Paratus, friends.

Last summer, I was in Acts for my daily reading, and Acts 20:24 caught my attention. I wrote it on a note card, and it traveled around with me for a while. When I found free moments here and there, I would read through that verse and meditate on it. This passage records what the Apostle Paul said to the elders from Ephesus, when he knew he was seeing them for the last time:

And now, behold, I am going to Jerusalem, constrained by the Spirit, not knowing what will happen to me there, except that the Holy Spirit testifies to me in every city that imprisonment and afflictions await me. But I do not account my life of any value nor as precious to myself, if only I may finish my course and the ministry that I received from the Lord Jesus, to testify to the gospel of the grace of God.

I spent a lot of time thinking about what it meant to “not account my life of any value.” How does one live as if she does not consider her life as precious to herself? I feel like God gave me a picture of it, this week. Netflix has a show called Medal of Honor, which profiles men who have been awarded that highest of honors. The first two episodes I watched were about recipients who survived the actions for which they received the medal. Yet a common theme was that they each believed they would die. Feeling certain that they would not survive the battle, they were determined to use their last efforts and final actions in service to their country and their fellow soldiers. It seems that when a warrior believes he will not survive, his life is no longer of any account in his decision making, and he is able to act more boldly and daringly.

These men who acted heroically weren’t special forces commandos. They were soldiers who responded in an extraordinary manner to extreme situations. I noticed that there is a single word inscribed on the medals they received: Valor. Valor is defined by Webster’s as “boldness or determination in facing great danger.” I couldn’t help but spend time thinking about these men and the situations they faced.  Then God shifted my thinking from the physical life to the spiritual life. It occurred to me that, as a follower of Christ, I should already be living as though I were dead.

Then Jesus told his disciples, “If anyone would come after me, let him deny himself and take up his cross and follow me. For whoever would save his life will lose it, but whoever loses his life for my sake will find it.”

It took me a week to connect these thoughts back to Paul’s statement in Acts. I finally realized that to “not account [your] life of any value” means living as though your life is as good as over.  And this should inspire boldness and determination to accomplish as much as possible in the time you have left. For soldiers it seems to come down to an effort to save the lives of their brothers in arms. For Paul, it was answering God’s call on his life to share the good news of Jesus Christ; it was saving souls. This is something that we are all called to do, wherever God has placed us.

When Jesus said, “If anyone would come after me, let him deny himself and take up his cross and follow me,” He meant that we must live as dead men walking. A man who carries his cross is carrying the instrument of his own execution to the appointed place. I think we like to look at that verse and imagine that our cross is whatever “burden” God has called us to bear. But Jesus wasn’t talking about burdens. He didn’t call people to “take up your burden and follow.” He told us, “My burden is light,” because Jesus isn’t a burden-giver. He is a burden-taker! But Jesus did call His followers to live as though their lives were over. This was how Paul and the other apostles lived, putting themselves in danger time and time again to share the Gospel of Jesus Christ.

I have been crucified with Christ. It is no longer I who live, but Christ who lives in me. And the life I now live in the flesh I live by faith in the Son of God, who loved me and gave himself up for me.

I feel certain that God is challenging me to live differently. These thoughts of my need to die to self come after a few months of God pointing out to me an area of disobedience. I sense that He is asking me to make significant changes in my life, but I don’t really know where to start.  I think I need to find the boldness and determination in serving Him that come from not counting my life as precious to myself. I need to die to the selfish desires of sin and the things of the world, so I can live more fully for Christ. Living as though I am already dead should give me courage to serve God without concern for my own comfort or status. I’m not sure how this will go, but I’ll start with prayer and one step at a time.