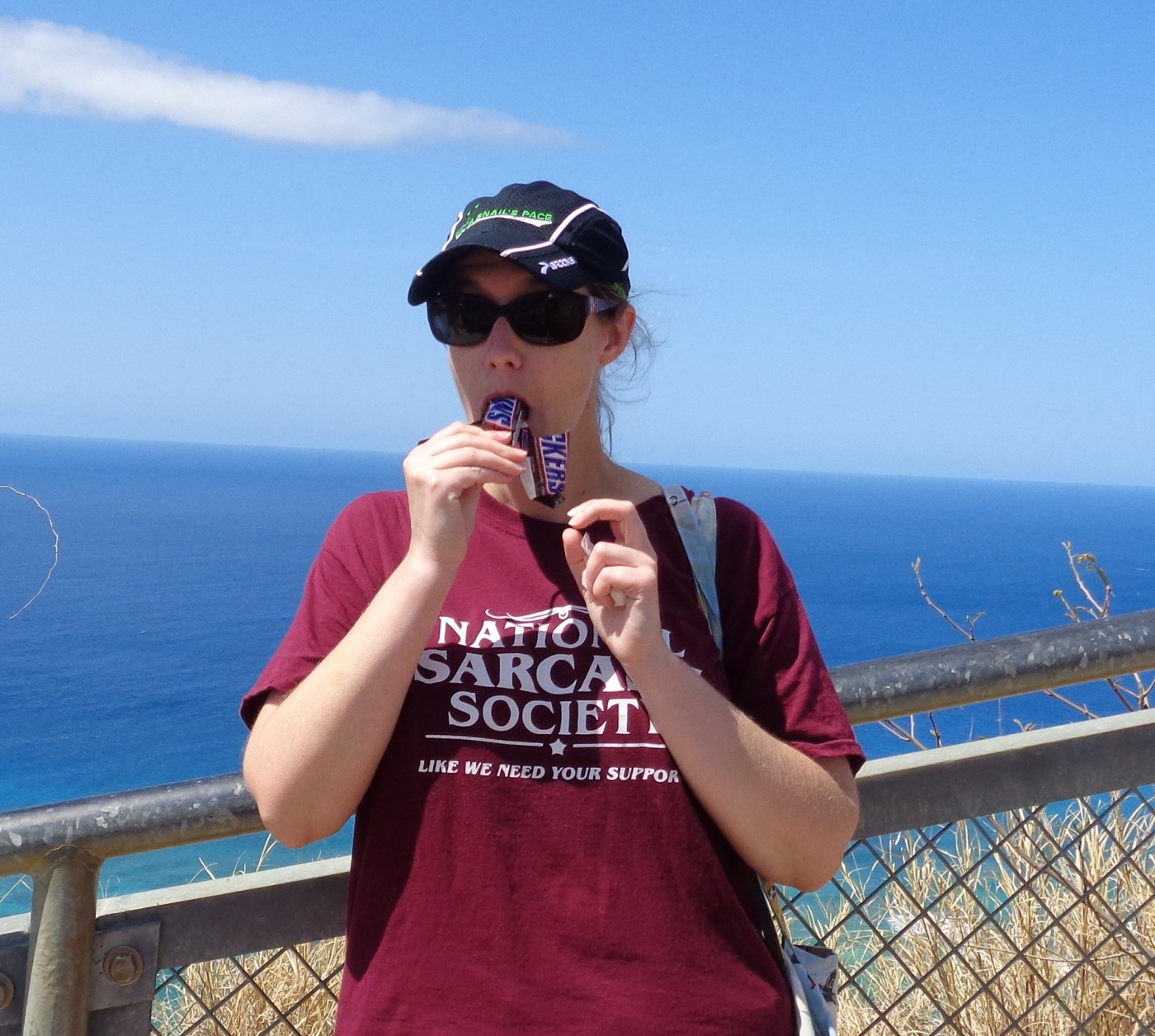 Lust: whether it’s a member of the opposite sex or a Snickers bar, we have to manage temptation if we are to steer clear of sinful behavior. I wish I could say that I learned everything I need to know about self-control at Weight Watchers. That program definitely helped me get my gluttony under control, but it didn’t help much in other areas. James 1:14-15 instructs, “But each person is tempted when he is lured and enticed by his own desire. Then desire, when it has conceived gives birth to sin, and sin when it is fully grown brings forth death.” How far will we allow ourselves to be lured and enticed? I used to think it was as easy as not crossing certain lines. Eventually, I learned the importance of walking a path which kept you as far away from those lines as possible.

Christians and non-Christians alike enjoy talking about members of the opposite sex whom they consider to be attractive. I did this a lot when I was younger. I remember the days of talking with my best friend about which “boys” had the best smile or the best build. Back then, I failed to realize how detrimental this was. When I was invited to join in similar conversation recently, I found myself trying to defend a decision to stay out it. What we talk about leads what we think about, and our minds lead our bodies. It is one thing to notice that someone is good-looking, but to talk about it makes you think about it more. Then, you notice that person even more.

Back when I didn’t see a problem with checking out and then telling my girlfriends about any man who caught my eye, I also had a tendency to walk into bad situations. I didn’t recognize the dangers of flirting or enjoying the attention of a man, either. I was leading myself into temptation! It is only the grace of God that I didn’t make worse mistakes than I did. Over time, I’ve gotten myself on a different path. The battle with lust still rages, but, I discovered that you can choose the ground on which you fight. I’ve drawn some new lines. It isn’t simply not looking at, thinking about, or admiring unavailable men. I do not want to set my mind on any man in any way. First of all, I don’t really interact on a regular basis with anyone who is actually eligible, so it’s best not to allow myself to take even the slightest interest. Secondly, my mind and body struggle enough without feeding the monster! (If an eligible man does come along, I am in a good position to guard my heart.)

I heard a sermon about King David’s adultery which suggested that David’s first error was to be at home in the season when kings went to war. He had sent out his army, but had not gone with them, as was the custom. If that was his first mistake, I think I know his second. When he saw a woman bathing in plain view, he stopped to get a good look. There are times when it’s best to turn away and flee from the temptation (Bathsheba’s error of exposing herself is a topic for another blog). David took a long enough look to see that she was beautiful, and a desire was conceived which gave birth to sin. Sin begets more sin. Don’t forget that David’s sin of adultery led to premeditated murder (See 2 Samuel 11 for the facts of the case).

In 1 Corinthians 7:9 the Apostle Paul wrote, “it is better to marry than to burn with passion.” I have long felt that I was going to burn up, but I don’t really have a choice to marry. For years, I have wrestled with God in prayer over this stalemate. I often feel that my struggle is unusual and wonder if there is something wrong with me. This facet of singleness isn’t spoken of in Christian circles. So, while it is not the easiest topic, the general silence I have encountered made me feel that I should risk posting a blog about it. Surely there must be other women who are struggling. Either way, God has placed this challenge before me. He decided to keep me single in spite of the passions which He created me to have.

Since I currently have no men in my personal life, there is a limit to the temptation that results from those passions. But the limits are also there because I keep myself away from people or situations that might lead me in the wrong direction. I have developed some “best practices” for my life to minimize temptation and therefore steer clear of some sin. I am still human and all too sinful, but I make an effort to control what I allow my mind linger on. To the extent that I can control my environment, I am careful about what I see and hear. This includes being choosy about the music I listen to, the books I read, and the movies I see. Life has shown me that it is better not to nurture the desire that would “lure and entice” me. If desire once conceived gives birth to sin, I should do all that I can to stop it before it starts!

So, no, I don’t want to talk about, and therefore have to think about, who is good-looking. I want to keep my eyes to myself. If I notice someone attractive, I am going to do my best not to stare or study him. If I am having trouble controlling my thoughts, or my mind wanders, reciting Scripture gets me back on track. The first chapter of James is always a great place to start.